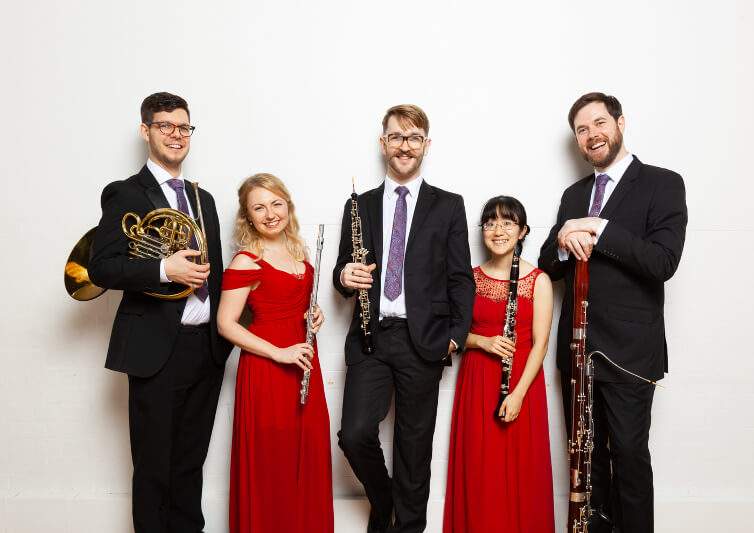 Formed in 2009 and double prize-winners at the 2015 Karl Nielsen International Chamber Music Competition, the  Atéa Quintet is the foremost British wind quintet of its generation.  Featuring the work of American, French, Cuban and British composers, they promise an afternoon of delightful variety and scintillating musicianship. The four concert items already listed comprise but half of this afternoon’s programme with Anna Hashimoto’s arrangement of ‘Summertime’, Paul Patterson’s ‘Westerly Winds’ and ‘Aires Tropicales’ by Paquito D’Rivera in the second half.

Since its formation in 2009, the Atéa Quintet has performed in some of the finest halls in the world. Highlights include a critically acclaimed Friday night recital at the Wigmore Hall, performances at the Cheltenham, Brighton and Lake District Summer Festivals and concerts in St Martin in the Fields, Bridgewater Hall and St Johns Smith Square. Recent seasons have included tours to Denmark, Japan, Scotland, the Czech Republic and residencies at the Two Moors Festival and the Dartington International Music Festival.  Brought together by their communal love of wind chamber music, members of the Atéa Quintet have individually received several prizes in international competitions and played with all of the country’s leading orchestras.