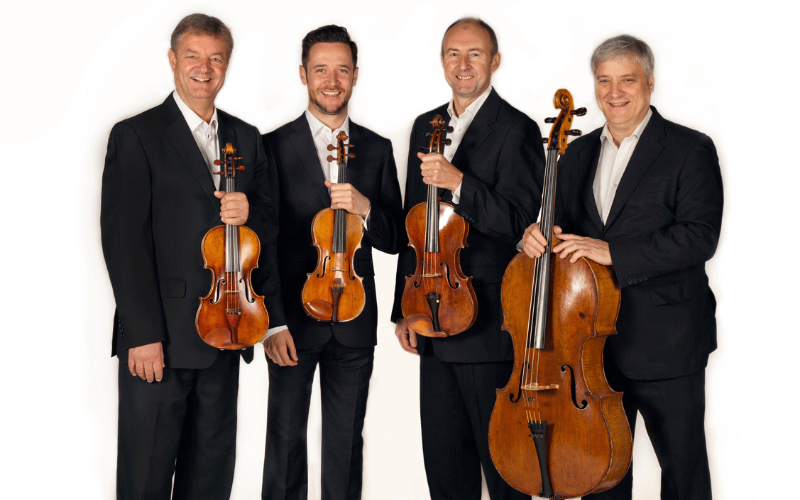 The Maggini Quartet has long been a favourite of Oxford audiences and continues to be much admired by chamber music playing enthusiasts. They play Dvorak’s positive and joyful final quartet, a Mozart masterpiece and a romantic work from the English repertoire that they have made very much their own.

The Maggini’s recordings have won international awards including Gramophone Chamber Music Award of the Year, Diapason d’Or of the Year and a Cannes Classical Award, and they have twice been nominated for Grammy Awards.