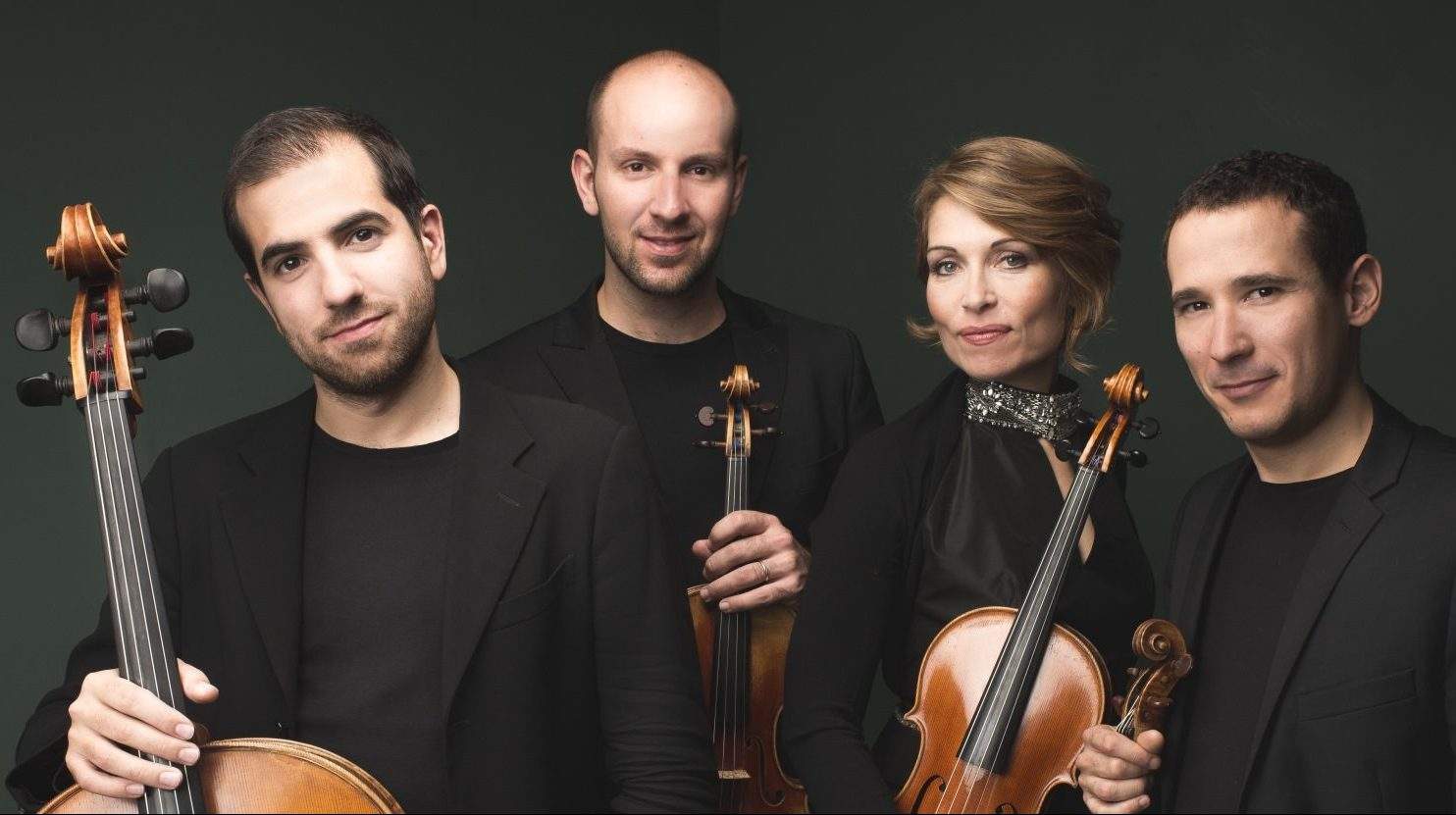 From ‘nous’, Ancient Greek for ‘mind’, ‘perception’ but also ‘heart’, ‘soul’, ‘creativity’, we get a hint of the versatility and interpretative originality of Quartetto Noûs, whom we are delighted to welcome to open the 2022/23 season. With string quartets by Antonio Bazzini and Shostakovich followed by Beethoven’s Op130 with its profoundly stilling ‘Cavatina’ movement, which Beethoven declared he had composed “truly in the tears of melancholy”, this concert will be very special.

Formed in 2011, Quartetto Noûs has established itself as one of the most interesting chamber music ensembles of its generation. Its immersive performances are the result of a professional training where the Italian tradition and the most influential European schools are combined.  The quartet is regularly invited to perform in Germany, Switzerland, England, France, Spain, Canada, the United States, South Korea and China, and its performances have been broadcast on several radio stations such as Venice Classic Radio, Radio Clásica, RSI and Radio 3. In 2013 and 2017 it was quartet in residence at Festival Ticino Musica in Lugano.